八月 23, 2018
There are five fonts (font8, font12, font16, font20 and font24) provided for e-Paper. Some users just want to make their customized fonts or bigger font, but have no idea about how to do it.
This Blog, I will tell you how the provided fonts works and how to make a new bigger font.


How do the fonts provided works?

To draw a character on dots matrix screen, it works like to draw many dots on screen and make it look like a character. Just like this: we draw every “pixel” to white （for visibility I set it Yellow）or black, and finally we get the character “T”.

As you can see, we set the paint area to 9(wide) x 20 (wide). White is 0 and black is 1, then we can get a set of binary value for every raw, convert them to HEX format, we can get the value as the fonts file. Note that one HEX value stand for 8bits, if the last bits are less than 8, we could extend it. We say it is scanning from left to right and top to bottom: 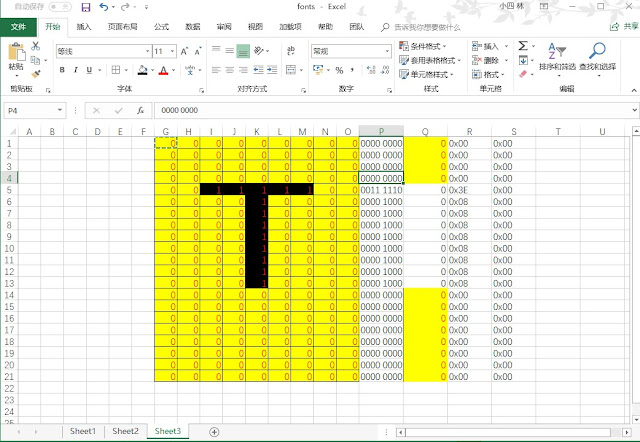 We take the font24 as example. The fonts we used are created by MCD Application Team. Its scanning way is from left to right and from top to bottom as well.

In this way, we can make a larger font manually, or use tool. Like this one, as the software only supports Chinese, I don’t provide it. The character I made is 24 wide and 40 height. 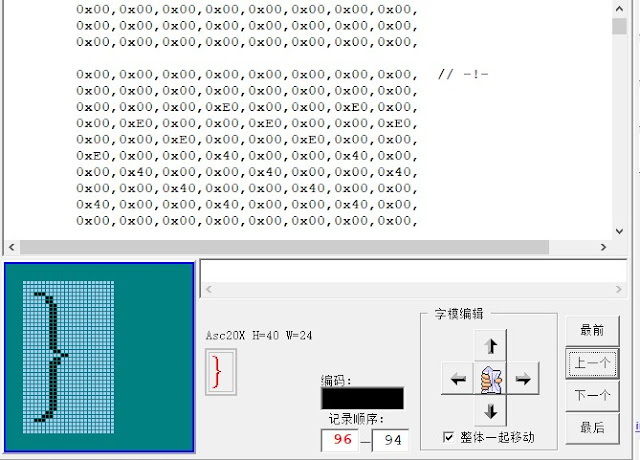 The next step we need to add the font40.c to libraries. We name it Font40_Table[ ] and add the Font40 structure 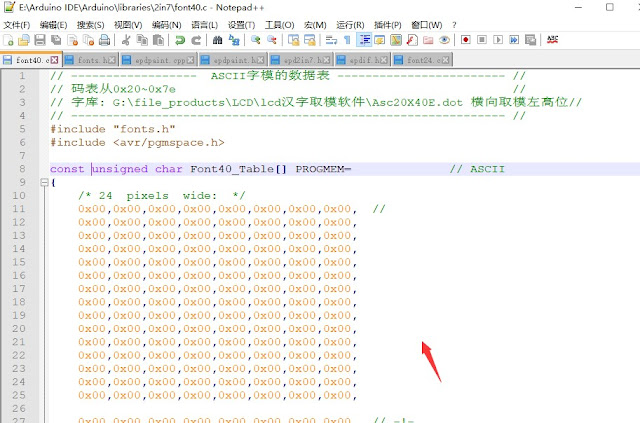 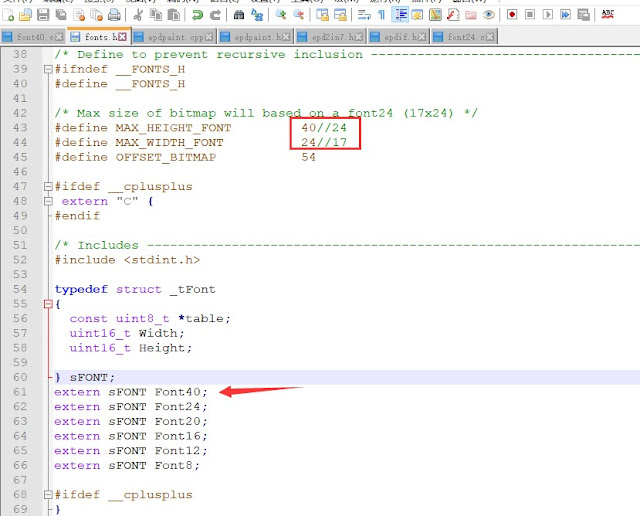 Then we could use it on the code. 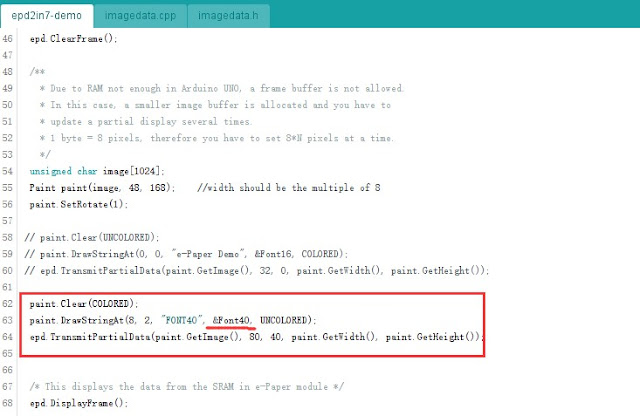 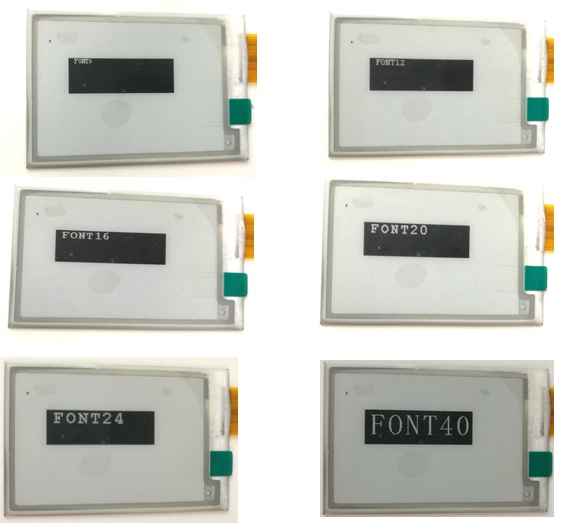 Some users what to make fonts for special character or other language. The most information things which they should consider about is how to calling the values of fonts on functions and turn it to pixels drawing.
The fonts we make above is all ASCII characters, and they stored in arrays in order of ASCII table from 32 (space) to 127 (DEL).

We can see, we get the offset value of the characters by minus character ‘ ‘ (space)* the numbers of HEX data per character. 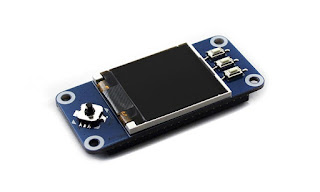 The hardware: Raspberry Pi 3B  1.44inch LCD HAT The software: Raspbian fbtft   Some users feedback that this LCD less of instruction and some of them like to use it as a monitor of Pi. So, this article Let's learn how to port fbtft for displaying with Raspberry Pi.   Framebuffer uses an buffer to store the data for displaying, if you want to change the display you just need to change the data on buffer.   There is an open source project on github:  https://github.com/notro/fbtft . Thanks to its contributors. With this project, Raspberry Pi could supports TFT LCD perfectly. Let's do it. Framebuffer 1. Open and edit module file to enable modules    sudo nano /etc/modules    Append two statement below to the file . The first one is to enable the SPI of Pi and the second is used to start the fbtft device.   spi-bcm2835   fbtft_device 2. Creating a new file for fbtft configuration   sudo nano /etc/modprobe.d/fbtft.conf    Add the statements to
阅读全文